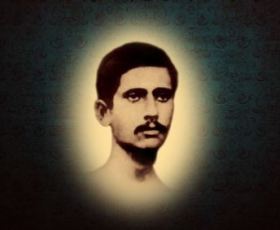 As a poet well known in India and Bangladesh for his patriotic and devotional compositions, 'Rajani', also known as 'Kantakabi', used his intelligence from a very young age to learn Sanskrit, compose music and poems that were used at numerous events. Despite being in poverty for most of his life, he was dedicated to his education and music.

He composed songs during the East and West Bengal partition and was influenced and inspired by other famous poets such as Tagore and DL Roy.

When he was diagnosed with Larynx Cancer and following his meeting with Tagore, Rajani wrote this poem:

"I am impoverished by all means, my pride shattered, I am devoid of fame, riches and my complete well being.
I was disillusioned and had descended into the dungeon of pride; His kindness has lifted the obstacles and humbled me."

Rajani's music is now better known as "Kantageeti" which is mostly based on a mixture of: