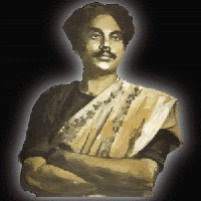 A key poet, musician and national activist since the times of India's Independence, Kazi Nazrul Islam, also known as the “Rebel Poet” (Bidrohi Kobi) had published 800 songs between 1928 and 1935 including 600 classical raagas. He was loved and criticized for years for his freedom of expression, yet his music has prevailed in the world of Indian classical music as Nazrulgeeti.

Nazrul’s songs were mostly based on revolution, love, freedom and he would illustrate his opposition towards prejudice through his choice of words in his poems, stories, quotes and books. There are almost 4000 Nazrulgeeti songs, many of still that remain to be discovered by the mass public.

Revolutionary music
This originated during the times of India and Bangladesh Independence, with lyrics that were powerful and influential.

Shyama Sangeet
This is a genre of Bengali music that is dedicated to the Hindu goddess Shyama (Ma Kali). Despite being Muslim, Nazrul was a strong believer of the harmony of Hindus and Muslims, which was apparent in his music.

Nazrul composed numerous love songs in the form of Ghazals in Bengali from 1927. This was the most popular form of songs by him that made him famous all over the country.

He was awarded the Jagattarini Gold Medal in 1945, by the University of Calcutta for his work in Bengali Literature, the Padma Bhushan, in 1960 and was declared as the 'national poet' of Bangladesh.

He was quite different to Rabindranath Tagore in terms of style (in person and in music). Nazrul was more of a “rebel”, a more casual, unique character.

In 1974 when his son, Bulbul died, Nazrul was deeply affected and wrote several songs dedicated to Bulbul.