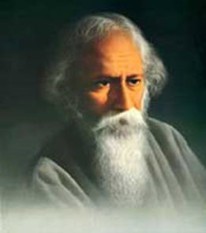 "Music is the purest form of art… therefore true poets, they who are seers, seek to express the universe in terms of music… The singer has everything within him. The notes come out from his very life. They are not materials gathered from outside. His idea and his expression are brother and sister; very often they are born as twins." - Rabindranath Tagore

Rabindranath Tagore (also known as Tagore or Robi Thakkur), is undoubtedly the most famous Bengali poet till date. He has composed thousands of songs ever since he was 8 years old, including the national anthems of both India as well as Bangladesh.

Tagore was the first non-European to win a Nobel Prize in 1913* for Literature and he played a key part in bringing out the best of Indian culture to the Western world.﻿

Rabindrasangeet is still probably the most popular form of Bengali songs in today's day and age. ﻿

The Gitabitan (garden of songs) is the compilation of all of Tagore’s songs.

These fall in 6 sections: